Uttarakhand is a land of many marvels and amazing tourist destinations. While some like the Char Dhams, Mussoorie, and Nainital etc are very well known there are other destinations which few tourists know about. Here are the top 10 hidden gems of Uttarakhand that can capture your heart and mind with their exquisite beauty and rich heritage. Chaukori is a beautiful and tiny hill station which is located in the Pithoragarh district of Uttarakhand. It has got a very scenic location as it nestles between the high peaks of the Western ranges of the Himalaya in the division of Kumaon in Uttarakhand in India. To the northern area is Tibet and to the Southern side is Terai. The slow winding Mahakali River flows along the eastern Boundary line and forms a part of the Indian-Nepal borderline. The elevation of Chaukori is more than 2000 meters and it offers splendid views of the Panchachuli Mountains, Nanda Devi and Nanda Kot mountains. Chaukori is situated about 10 km away from Berinag which is another small hill station. Uttarakhand is a religious state and this tiny hill station is home to many important temples like Kedar Temple, Ulka Devi Temple, Kamakhya Temple, Mostamanu Temple, Patal Bhuvaneshwar and Jayanti Temple Dhwaj.

How to Reach: Chaukori is about 500 km from Delhi and 273 km from Kathgodam. The nearest railway station is about 214 km away at Kathgodam. The little hill station of Munsyari is famous for its ethereal beauty and wonderful trekking opportunities. Many high altitude trekkers from all across the world prefer Munsiyari for its scope in trekking. There is a good hub developing for adventure sports near the Munsiyari hill station. This hill station was previously under the restricted zone as it was balanced between the borders of India, Nepal and Tibet. However this place is now attracting a lot of attention for its diverse flora including 17 varieties of Rhododendrons, pine and Deodar forests and exotic birds like Raven, Himalayan Griffon, Monal, Wagtail and Serpent Eagle. Abundant numbers of Fox and musk deer also populate the jungles. Patal Bhuvaneshwar is a natural cave temple made up of limestone and it is situated about 14 km away from Gangolihat which is situated in the Pithoragarh district of Uttarakhand in India. Patal Bhubaneshwar is also the name of the village which is the host of the caves. Legend has it that the caves host Lord Shiva and 33 crore other Gods. The cave is huge measuring 160 meters in length and 90 feet in depth from the entrance point. The major attractions are the magnificent stalactite and stalagmite structures which have developed in many colours and hues. The Patal Bhuvaneshwar caves have really narrow opening which lead to large number of other caves. All the caves are lighted up electrically via huge flows of water. Actually Patal Bhuvaneshwar is not just a cave it is a series of caves. Each stone and each stalagmite has its own story of Hindu legends in the shapes of Goddesses and Gods. 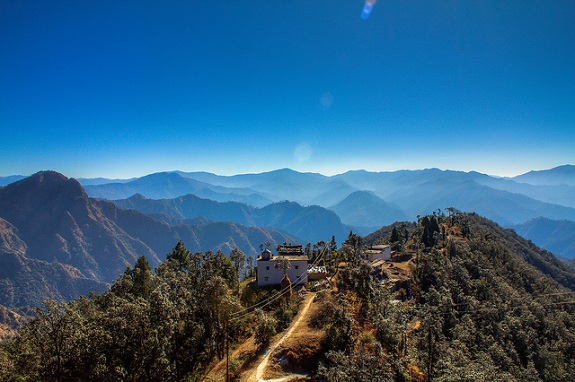 Khirsu is at a total altitude of about 1700 meters above sea level and it is at a total distance of 15 km from Pauri. It is a lovely and peaceful place that is filled with trees of Deodar, Apple and Oak. The location is in the Pauri Garhwal district in the state of Uttarakhand. Khirsu offers travelers and tourists a good opportunity of viewing the tall and imposing Himalaya Mountain Ranges. Khirsu has been known as a remote and relatively hidden destination but it is now becoming quite famous as a Hill Station. It is possible to get a panoramic view of the mighty Himalayan Range from Khirsu. Some of the peaks are familiar and some are unknown and as yet unnamed. A temple that is devoted to Ghandiyal Devta is situated nearby and it adds to the beauty of the place. The area has a lot of exotic birds too and is a top draw for ornithologist. The best thing about Khirsu is that you will get really comfortable accommodation at very affordable prices. Treat yourself to the chirping of birds and revitalize your mind by exploring the beautiful environment of the small hill station of Khirsu. Gwaldam is at an average elevation of 2000 meters. Gwaldam is about 20 km away from the Bajinath which was once the capital of medieval Katyuri monarchs. The place Gwaldam is also 25 km away from Kulsari which is one of the famous camps of Nanda Devi. Gwaldam is actually at the junction of Garhwal and Kumaon. Trekkers who come trekking from near Kathgodam also target Gwaldam. The trekking trail leads to Kuari Pass, Roop Kund and Nanda Devi Raj Jat. There are so many devotional spots here like Badhangari, Angyari Mahadev and Gwaldam Naag which tourists can explore and the main village of this area i.e. Atal Adarsh Gram is filled with British Memorabilia. This area also has a rich reserve of flora and fauna which is why it attracts nature lovers and botanists. About a mere 15 km away from the gorgeous hill stations of Nainital lies Pangot which is a relatively undiscovered yet very beautiful spot. The drive to Pangot passes through the forested areas of the Peak of Cheena via the Snow View Peak and Kilbury which are both lovely spots for Birding. The main feature of Pangot are the birds including the Lammergeier, Minta with blue wings, Himalayan Griffon, Forktail with slate backs, wood peckers with Rufus bellies, Khaaji peasants, variety of thrushes. The yellow throat Himalayan Marten, leopard, Sambhar and barking deer are other animals which are found in this area. Ornithologists say that 150 different bird species are recorded in Pangot and surrounding areas. Bird watching camps are held regularly to train amateur bird watchers. Kanatal is just 38 km ahead of the Queen of Hill Stations Mussoorie and it is 12 km away from Chamba. Kanatal is actually a small hamlet which personifies the romantic temperament of the beautiful Tehri District. There are splendid views of the snow covered mountains all around and there are verdant green forests too. Uttarakhand attracts lots of tourists every year and many of them come lured by the beauty of small hidden wonders like Kantal. Trekking, indulging in walking trails, going for picnics, indulging in photography, meditating and Yoga camps are some of the activities which attract tourists to this place. 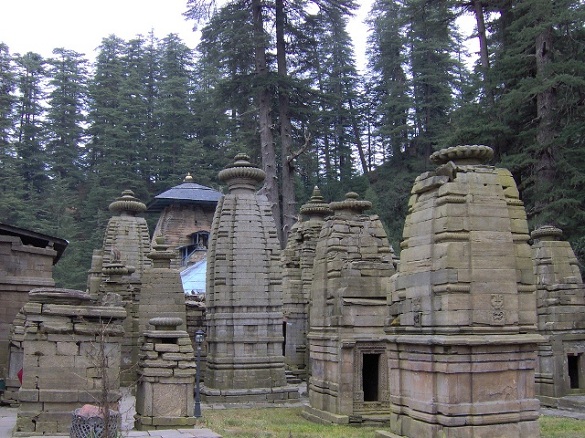 Jageshwar is a small Hindu town that lies in the Almora district of Uttarakhand. Jageshwar is also called the temple city because of its strong religious lineage. The Nagesh jyotirlinga which is devoted to Lord Shiva is situated in Jageshwar. There are more than 125 stone temples situated there all of which belong to the period 9th to 13th A.D. and it is declared a heritage site by Archeological Survey of India. The Chandi Maa temple, Dandeshwar temple, Surya Temple and Pyramidal temple are some of the principle temples in this area. Mahamrityunjay temple that is situated near the junction of two holy streams Nandini and Surabhi is the most famous. The Jageshwar Monsoon Festival is held every year between 15th July to 15 AUGUST and it is a good experience for tourists who visit at that particular time. Bajinath is well known to history lovers for being the capital of Katyuri Monarchs who ruled the area from between the time 7th century to 11th century A.D. and it was then known as Kartikeyapura and it lies in the center of the valley of Katyur. The Bajinath temple which stands on the bank of the river is rumoured to be built by the Kumaon Katyuri monarch around 1150 A.D. and it was also the capital of the dynasty of Katyuri. The Bajinath temple is very famous as it was believed to be the point where Lord Shiva and Parvati Mata got married at the confluence of Gomati River and the Garur Ganga River. The Kot Bhramari Mandir is also one of the important temples around that area. Booking for accommodation at Bajinath can be done from KMVM Delhi office. Tourists can also explore the Garur market nearby which is one of the oldest in the region. The Kartik Swami area is well known for the famous Kartik Swami temple which is dedicated to the eldest son of Lord Shiva; Kartikeya. The temple is situated in the middle of the serene beauty of Garhwal Himalayas in the district of Rudraprayag in Uttarakhand. The actual Karthikeya Swamy temple is located at the side of a narrow ridge which has a deep valley situated around it and it is at an elevation of 3050 meters above the sea level. An amazing 360-degree view of the Himalayas can be found from the Kartik Swami temple. A naturally carved statue of Kartik is found inside the temple.