India is the land of age-old cultures, deep-rooted traditions, and centuries-old religions. The ancient pilgrimages weave India in a common thread of spiritual belief. Ever since its establishment in the 8th century by Adi Shankaracharya, Char Dham Yatra has become a household name among devout Hindus. The Char Dham Yatra of Devbhoomi Uttarakhand has become an inexplicable part of the Hindu culture. Through the Chardham yatra package people can now not only visit but also spend quality time, offer Darshan and take part in various special puja and Aarti processions.

The Char Dham temples are located in the scenic Himalayan Hills of Uttarakhand. Kedarnath, Badrinath, Gangotri, and Yamunotri form the 4 pillars of the entire yatra. Each of these temples have their own significance and hold a very special space in the heart of every Indian. From going to Char Dham Yatra on foot and without any map to Chardham Tour Package by Helicopter, this iconic pilgrimage has come a long way.

The Char Dham Yatra Places is all about immersing yourself in the untouched Himalayan beauty with the glory of the lord. This physically and mentally challenging journey will leave you feeling refreshed and rejuvenated from within. Each Chardham tour package is customizable and designed specifically to meet the needs of every pilgrim individually. Traveling to Chardham yatra packages from Delhi, Mumbai, Bangalore, or Hyderabad, is now easier than ever.

Traveling along the gushing rivers, crossing holy confluence points of the Panch Prayag, attending the mesmerizing Aarti Darshan at the Char Dham Temples, and exploring the famous tourist attractions will make the pilgrimage more memorable. The Char Dham Yatra in Uttarakhand commences every year during April or May and goes on for 6 months till October to November. Annually Hindu devotees from across the globe make their way to the Garhwal Himalayas for attaining moksha. 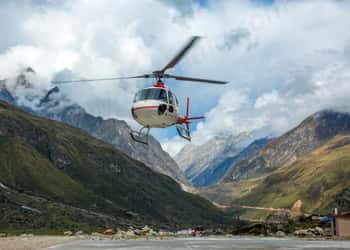 Q. What is Char Dham called?

A. Char Dham is one of the most acclaimed pilgrimages of Hindu devotees and this holy circuit is a set of four religious sites namely Kedarnath, Badrinath, Yamunotri, and Gangotri.

Q. How can I plan a trip to Kedarnath and Badrinath?

A. There are certain points that you need to consider before your Kedarnath and Badrinath trip like which is the best time to visit these shrines, things you certainly require there, climatic condition, travel tips, and most importantly how to reach there.

Q. What is the best time to visit Char Dham?

A. All the four holy pedestals of Chardham Yatra are established at huge elevations and thus witness unpleasant weather sometime, so if you are excited for Char Dham Tourism then either plan your trip between May and June or go for September and October plans as the weather is quite favorable in these months.

Q. What are the four Dhams in Hindu religion?

Ans. The four dhams in Hindu religion is Dwarka, Puri, Rameshwaram, and Badrinath.

Q. How much time does it take for Char Dham Yatra?

Ans. The duration of your journey depends upon the mode of transportation you are looking for. For an instance, if you are covering this holy Yatra by roadways then it will be a 10 or more days long trip and if planning for Chardham Yatra by helicopter then you will complete the entire journey in 5 days.

Q. What is the significance of Char Dham?

Ans. Char Dham happens to be one of the most acclaimed pilgrimages of Hindus as it is believed that one who covers this holy Yatra attains liberation from the cycle of birth and death. Additionally, it is said that taking dip into the holy rivers flowing en-route the Dhams washes away all your committed sins.

Ans. Getting there to Char Dham is possible via all modes of transport.