If you are the one seeking for a memorable Mussoorie trip then check out the widest range of meticulously crafted Mussoorie Tour Packages and select the one that matches your travel preference. Whether it will be a summer or winter holiday, Mussoorie always tops the list of preferred vacation destinations.

Mussoorie, “the queen of hill stations” is adorned with the snowcapped peaks of the Himalayas studded with the green lofty mountains, gorgeous valleys, and the township. If you have never been to Mussoorie till date then browse these meticulously crafted Mussoorie Tour Packages from Delhi, Mumbai, Dehradun, Kolkata and Nainital and pack your bags for a wonderful travel experience from your city.

Mussoorie is one of those destinations where one must visit at least one in his/her lifetime as the destination is blessed with numerous alluring and fascinating charms. During the summer months, you can opt for the packages that constitute the destinations including Tibetan Temple, Kempty Falls, Cloud’s End, and Mussoorie Lake. Jwalaji Temple, Company Bagh, Nag Devta Temple, and Bhatta Falls are some of the most preferred in the city.

Also, if you are in love with the adventure sports then you can opt for the packages and hike to Gun Hill and LalTibba and then for spending peaceful time you can walk amidst the tall deodar trees, move towards the hill station, and then spend some amazing moments at the Eco Park.

If you are spending your winter vacations in this hill city that witnesses a whole new charm then you can enjoy playing with the snowballs with your partner if you are on a honeymoon trip and if you are in the city with your friends then behave like crazy creatures. Mussoorie Package for couple plays a vital role in making your honeymoon trip more exciting and romantic.

One doesn’t need to worry about the staying options in Mussoorie as there is a wide range of resorts and hotels where tourists can feel their homestay. If you are the one who wants to keep himself away from the city life for a while then browse our Mussoorie sightseeing tour packages and explore the scenic vistas established in and around the hill station.

On your trip to Mussoorie you will get to see the snow-capped mountains, thick and verdant forests, cascading and lofty valleys, natural beauty, and many more as there is no dearth of such places. If you are a newly-wed couple or going to get married soon then you must be looking for a romantic trip to start your married life in the best possible way.

So, you don’t need to worry now as we have designed Mussoorie Honeymoon packages equipped with all the basic amenities including best-staying options, smooth transfer from one destination to another, superb food quality, etc. Also, if you are looking for a small weekend plan then contact us and our executive will suggest you the most suitable itinerary for your trip and then complete the booking formalities required for the journey. 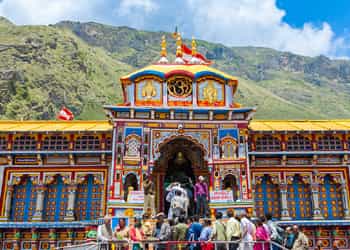 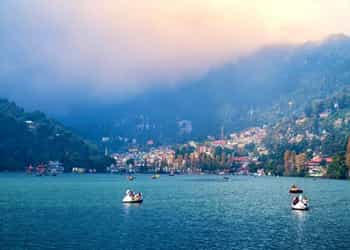 Q. What is best time to visit Mussoorie?

Ans. Mussoorie, one of the most preferred holiday destinations is renowned for its impeccable beauty and panoramic landscapes. Summer happens to be the best time to plan your sightseeing tour in Mussoorie.

Q. How many days are enough for Mussoorie Tour?

Ans. One needs to take out a minimum of 2 days’ time to explore the wonders of Mussoorie at a relaxed pace as this hill town boasts of several places established in and around the city.

Q. Why is Mussoorie famous for?

Ans. However, Mussoorie Tourism and the city is worldwide popular for its scenic vista only but in last some years it has gained its popularity as an important educational and business hub.

Q. What is the famous food of Mussoorie?

Q. What is famous to buy in Mussoorie?

Q. How can I plan a trip to Mussoorie?

Q. Can we go to Mussoorie in Lockdown?

Ans. Traveling in lockdown is not at all recommended irrespective of the place you are planning to visit as it is not safe to come in contact with different personalities. According to the norms of Mussoorie tour and travels, a traveler has to be quarantined for 7 days if they come to the city.

Q. What does a Mussoorie tour package include?

Ans. The inclusion column of every tour package varies accordingly and to know the inclusions and exclusions a traveler must check Mussoorie Itinerary uploaded on the website of the company.

Ans. There is nothing best or worst as it entirely depends upon your theme of holiday but yes the rate varies as it depends on several parameters.

Q. What are the types of Mussoorie tour packages?

Ans. Those who are excited to plan their Mussoorie visit shall check out the below mentioned Mussoorie Package Deals and then select the best one accordingly.

Q. Which is best location to stay in Mussoorie?

Q. What is special in Mussoorie?

Q. What are the unique things to do in Mussoorie?

Q. What is the height of Mussoorie?

Ans. This magnificent hill station is nestled at an elevation of 2005 meters above the sea level and offers a mesmerizing view of Doon Valley and the Himalayan ranges.

Q. What is the history of Mussoorie?

Ans. The name of the city has been derived from an indigenous shrub namely Mansur and hence referred as Mansuri by many Indians. Also, it is said that the Gorkhas under Umer Singh Thapa took over the control of Garhwal and the Dehra in 1803 and this is how Mussoorie was established.

Q. Is December a good time to visit Mussoorie Tour?

Ans. Those who are excited to witness the view of Mussoorie in winter shall be updated with the climatic conditions and the road conditions as during the winter months the city receives huge snowfall that sometimes lead to blockage of roads.

Q. How can i go to Mussoorie from Mumbai by Train?

Ans. Take the train from Sewri to Panvel Harbour and then from Panvel to Dehradun and then rest of the journey will be covered via roadways. Indian Railway is also striving to take Mussoorie tourism to the next level and hence has designed IRCTC Mussoorie Package inclusive of basic amenities.

Q. How can i reach Mussoorie from Delhi?

Ans. Delhi is not very far away from Mussoorie and is very connected with the destination via all modes of transport viz. airways railways, and roadways. So, select the one that suits your schedule and also budget.

Q. Is it safe to Drive to Mussoorie?

Ans. To cover the 30 km long distance between Dehradun and Mussoorie, a traveler has to drive through a very risky and challenging track with several sharp and twisting turns and that too on extreme narrow roads having negligible space even for dividers. In simple words, we can say that the entire track is along deep trenches hence, it is not safe to drive to Mussoorie if you are not an expert driver.

Q. How do i get from Kempty Falls to Mussoorie?

Ans. Both the places are only 15 km away and are well connected with the motorable roads so, take a taxi or a private cab to complete this half an hour long journey.